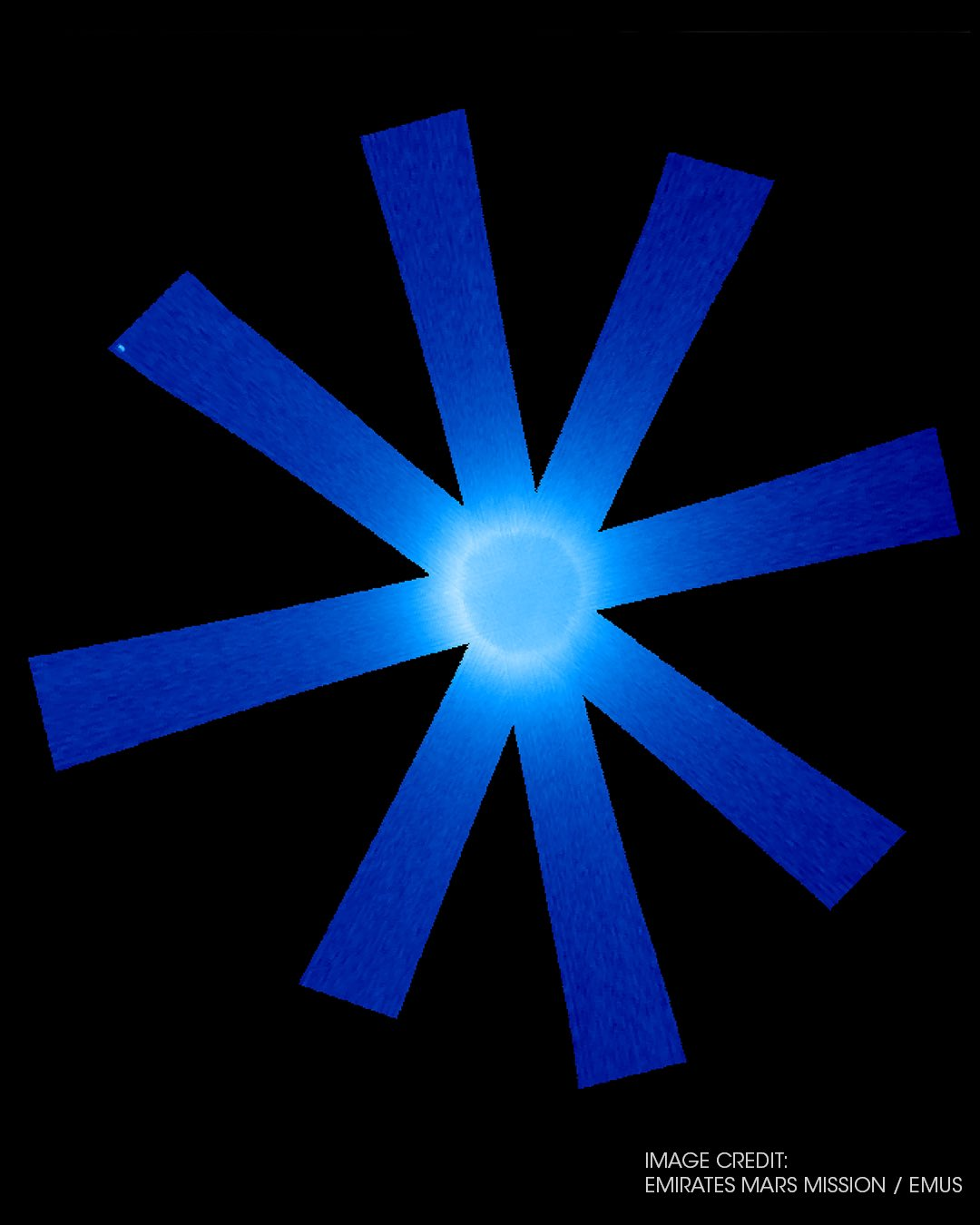 Al-Amal is an automatic interplanetary station sent to Mars as part of the Emirates Mars Mission from Japan 00:58 July 20, 2020 Moscow time (July 19, 2020, 21:58:14 UTC) from Tanegashima Space Center using an H-IIA launch vehicle. On July 14 and 15, the UAE twice postponed the launch of the Mars Hope Probe mission due to thunderstorm clouds at the spaceport. On February 9, 2021, AMS Al-Amal entered Mars orbit.

The Arabian station Al-Amal has obtained the first complete image of the corona of Mars. This term refers to the cloud of atomic hydrogen surrounding the planet, stretching more than 20 thousand kilometers.

“Al-Amal was able to see the corona thanks to its very long orbit. At its pericenter it approaches Mars by 20,000 km, at its apocenter it moves away from Mars by 43,000 km. Images of the corona were made May 10 using the EMUS (Emirates Ultraviolet Spectrometer). Then they were merged into a single image. Mars itself can be seen in the center of the image as a dark disk.

The corona of Mars is formed by the breakup of water molecules by ultraviolet light into oxygen and hydrogen atoms. The latter then gradually rise higher and higher, until finally they escape into outer space. Our planet also has a hydrogen corona. And it is much longer than the Martian corona. It is believed that the Earth’s corona extends up to heights of about 630 thousand kilometers. For comparison, the average distance between our planet and the Moon is 384 thousand km.