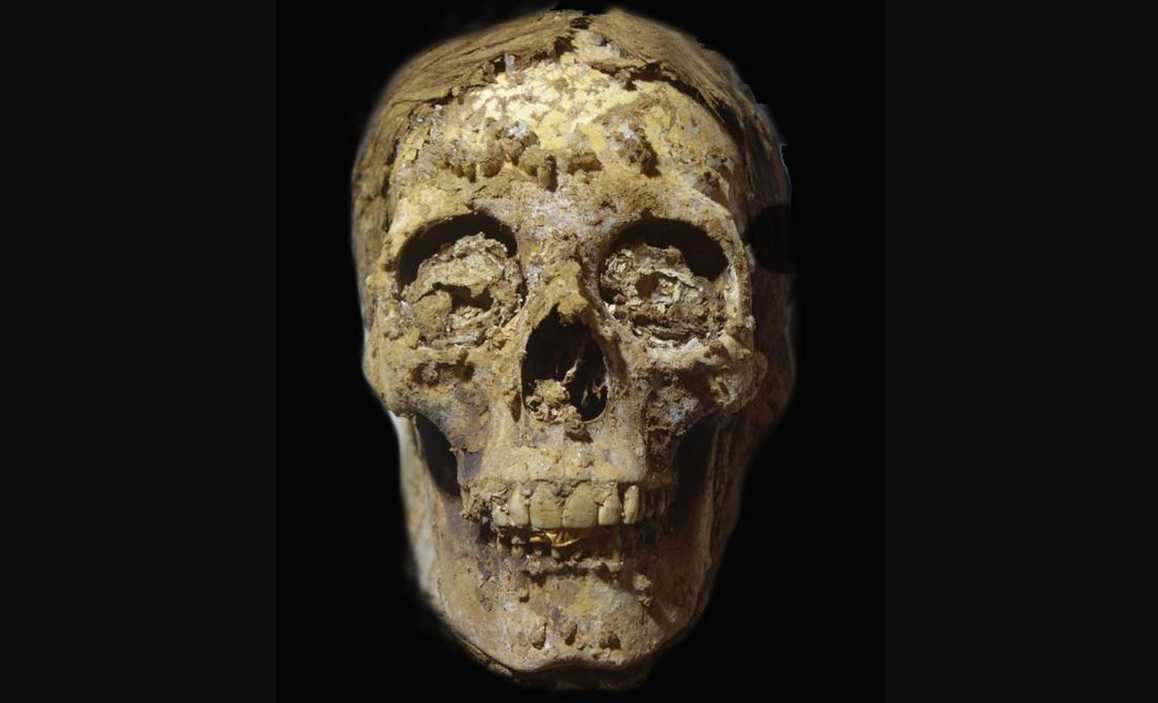 A man and a woman were buried 2,500 years ago and provided with a means of talking to Osiris, the golden tongue, the necessary internal organs and a large number of servants.

In February 2021, an international team of archaeologists excavated the ancient city of Taposiris Magna near Alexandria. In the discovered 16 rock tombs, the researchers found mummies with gold tongues in their mouths. It has been suggested that the tongue replacement was part of the burial ritual. During embalming, the real tongue was removed, but given a replacement, as without the tongue the deceased would not be able to speak to the god Osiris when he appeared before him.

In early December, Spanish archaeologists working on excavations in Egypt reported that they had discovered new people with golden tongues in the province of Minya. Specialists opened two tombs: one contained the remains of a man and the other of a woman. The approximate time of death of both was about 2500 years ago. The bodies were housed in limestone sarcophagi.

One of the tombs (the one where the woman was buried) had already been opened and, at its entrance, archaeologists found two human skeletons, possibly of robbers. Among their bones they found a golden tongue, similar to the one found in February. What prevented the robbers from leaving the tomb — and apparently killed them — is not yet clear. It is clear that due to the opening of the sarcophagus, the woman’s remains were not very well preserved.

The second tomb was located next to the first and remained sealed the entire time, so the man’s golden tongue was where it had been placed during embalming. The tomb contained a very rich burial inventory, including jewelry and a figurine of the sacred scarab. In general, this dung beetle played a special role in Egyptian mythology, symbolizing the movement of the sun, and even the god Khepri was depicted there with his head in the form of a scarab. Sometimes the figure of the beetle was inserted into the body of the deceased during embalming, in the place of the heart — there is speculation that in this way the deceased was prepared for a better life in the afterlife.

But these are only a small part of the findings in the unembalmed tomb. In two special niches in the burial chamber were canopies — vessels that served as an obligatory element of the embalming ritual. The Egyptians believed that a scarab instead of a heart was not a bad thing, but the real internal organs could also come in handy in the afterlife. But not all of them.

According to numerous finds, the stomach, intestines, lungs and liver were considered worthy of separate embalming (note that neither heart nor brain were on the list). Of course, it was impossible to leave these organs inside when preparing the body, so they were placed in canopies (there are four of them) filled with balsam. During the Ancient Kingdom the canopes were rarely decorated, but during the Middle Kingdom the vessels began to be covered with carvings and paintings, and the lids were made in the form of human heads. And during the 19th dynasty of the New Kingdom (1292-1186 BC), the lids of canopas were decided to be shaped like gods, the four sons of Horus.

Of no less interest than the canopies is the collection of ushebti, special funerary figurines. They were important: the Egyptians believed that everything in the afterlife was virtually the same as in the earthly life. Osiris governed the afterlife, and after death a person became his subject. If on earth he obeyed Pharaoh, in the afterlife he obeyed Osiris, and had labor duties to him. The thought that after death he would have to work the fields of the divine king Osiris was distressing. So that the deceased avoided such work, they placed the Ushebti — the faithful helpers of the Egyptian in the realm of the dead — in the grave.

Ushebti are found in almost every Egyptian burial site, even very poor ones. It is clear that the richer was the buried, the more figures buried with him, the more skillfully they performed, and the more expensive material was taken. In the tomb of a man archaeologists counted 402 uchebti made of green faience. All this suggests that the deceased was a nobleman and a rich man. And judging by the fact that the woman’s tomb was placed next to it, and they also found a golden tongue to speak to Osiris, the two were somehow related. And it is likely that before the looting, the woman’s tomb was no less rich.