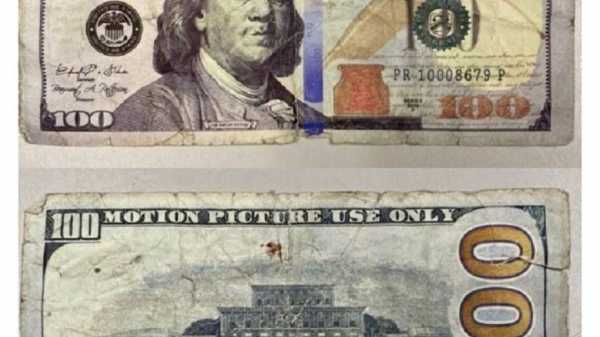 A New Jersey man tried passing off a fake $100 bill supposedly intended to be used in films while making a purchase at a gas station, police said Tuesday.

The South Brunswick Police Department tweeted a photo of both sides of the phony bill. The words "For Motion Picture Use Only" are printed on the front and back.

"SERIOUSLY….this is the fake $100 dollar bill a suspect passed at a local gas station," the department said. "Detectives tracked down the 20 year old Montgomery man who admitted he was surprised the clerk took the money labeled 'For Motion Picture Use Only.' #FakeMoney"

The unnamed suspect told authorities he was surprised the clerk took the money, police said.

It was not clear if the suspect has been charged with any wrongdoing.