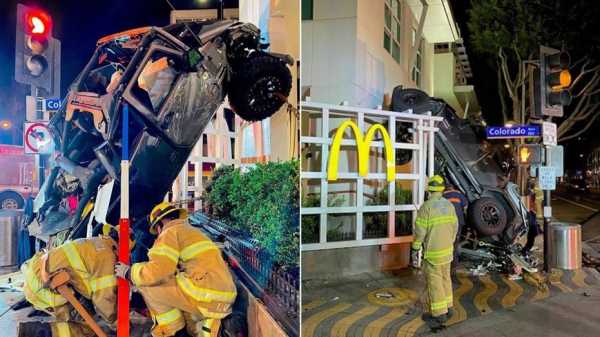 A 20-year-old California man is alive after police say he drove his car over the side of a parking garage from the top level this weekend.

Santa Monica Police responded to a call at about 12:10 a.m Sunday about a vehicle that fell off the side of a multi-level parking garage, police said in a press release. According to the Santa Monica Daily Press, the vehicle drove off the structure's sixth floor.

Once on the scene, they discovered an adult male conscious but in critical condition inside the vehicle. Officials said he was able to speak with first responders. 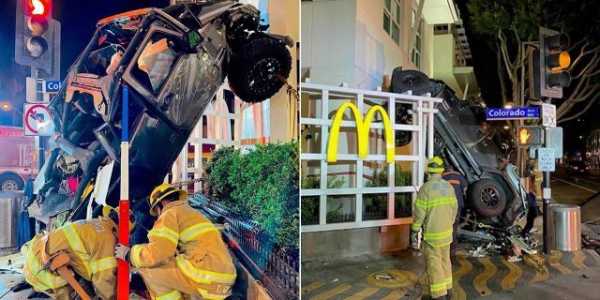 The driver was transported to the hospital immediately, hindering officers’ attempts at determining if alcohol or drugs were a factor in the crash. Santa Monica Police later obtained a warrant for the driver’s blood.

Investigators also found that two people were with the driver just before the crash but they were not in the car at the time it went over the side of the parking structure.

The driver remains in the hospital where he is said to be in stable condition. Police said the investigation is ongoing.

‘Submarine avalanches’ are burying microplastics deep under the ocean