A ‘UFO fleet’ has been spotted orbiting the Sun in a recently-resurfaced NASA Helioviewer photo, an alien life conspiracist has announced.

The Terry’s Theories YouTube site made the extraordinary claims about a NASA photograph bearing the timestamp of December 18, 2006. The narrator Terry believes the anomalies could either be alien technology or even some form of extreme astrobiology. The ET enthusiast said: “They could be some form of flying saucers or they could even be alien entities?

“We have wild animals here on Earth and maybe space is home to living creatures of its own.

“Why can’t there be creatures capable of roaming outer space? It is very possible.

“Everything is science fiction until it is not.”

He also argues the “alien” anomalies may be fewer than first imagined. 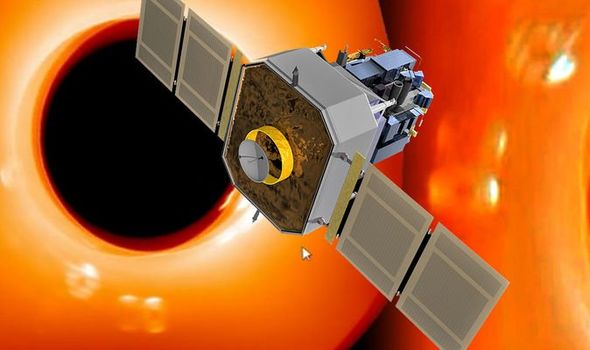 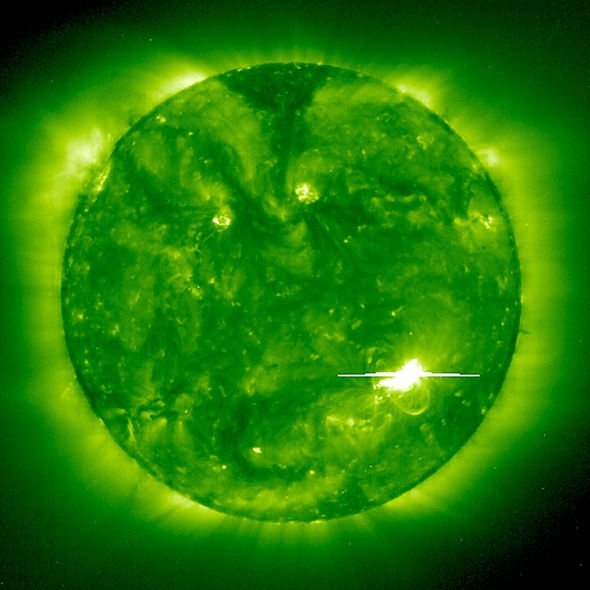 Terry said: “We appear to have six UFOs in the latest image surrounding the Sun.

“But there are, in fact, probably only one, maybe two UFOs.

“These objects are moving so fast, they give the appearance of being more. This phenomena is called ‘ghosting’.”

The NASA Helioviewer has allowed astronomers to stare at the Sun through different filters since it began operated in May 1996.

This black circle at the centre of the photograph is the Sun, while everything around it is the solar corona.

You can see the solar anomalies in impressive detail thanks to NASA’s cutting edge photographic technology.

Terry added: “They have ringed surfaces and there is clearly a hole in their centre.

“I would imagine they are really hot, being so close to the Sun, so they must feature some feature protecting them from that heat. 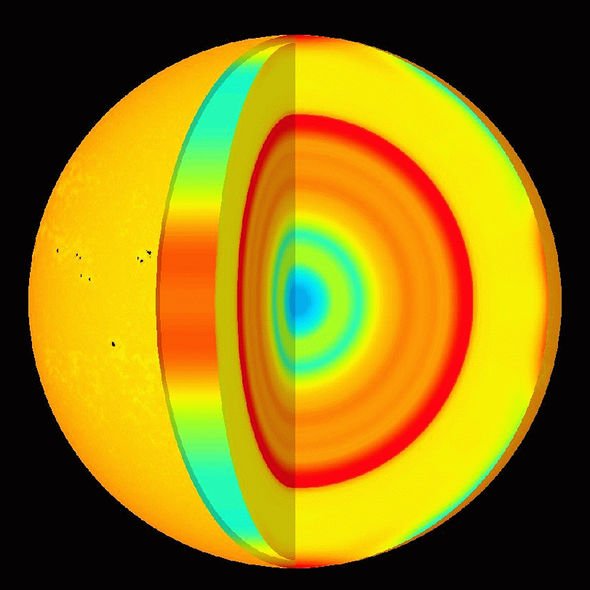 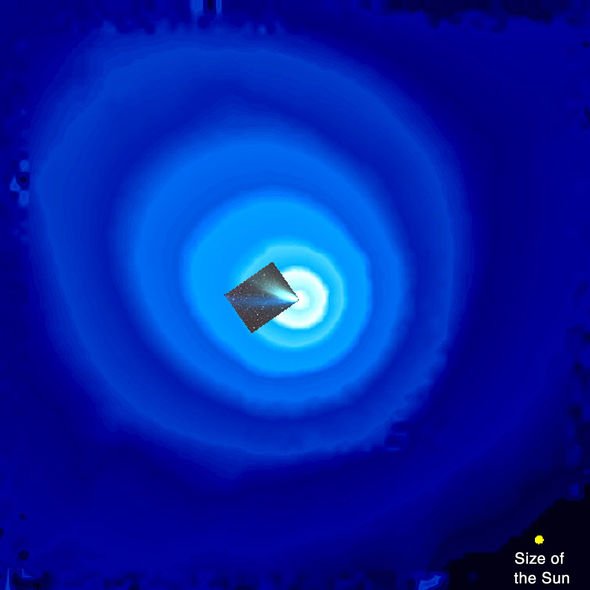 “And what are they doing there? I would imagine they are refuelling.

“A by-product of the Sun is helium-3, which can also be found on the Moon.

“And helium-3 can be converted into a fuel source, so maybe that is what’s going on here.”

“These keep popping up around the Sun and I have even found close to the Moon.”

Self-proclaimed alien life expert Scott Waring bizarrely believe the spherical anomalies are in fact a UFO “fleet”, which US space agency has attempted to cover-up.

He said: “You can clearly make out the donut shape with the whole in the middle.

“This is a common UFO seen near our sun and still has never received an explanation from NASA.

“The fact he found this going through the archives and its dated 2006 is evidence that giant UFOs have been recorded but unreported by NASA for a long time.”

The dubious “find” swiftly attracted scores of comments on YouTube.

YouTube viewer Merta Mac wrote: “Very strange and interesting. I think there are many different beings. Some like us humanoid who have craft and other beings that are crafts themselves.